December is upon us! It’s such a magical time of year; Christmas trees and sparkle, Santa and surprises; giving and receiving. A time to be thankful and to reflect on the year past. A time to look ahead and prioritise.

Our tree is up, the Christmas cards are ordered. The children’s Santa letters have been written, months of requests distilled into simple lists, and the presents bought.

Gifts from Aunts and Uncles and Grandparents have been assigned and organised.

Our children are going to have a wonderful Christmas; they are very lucky.

But, our children have a lot of stuff. 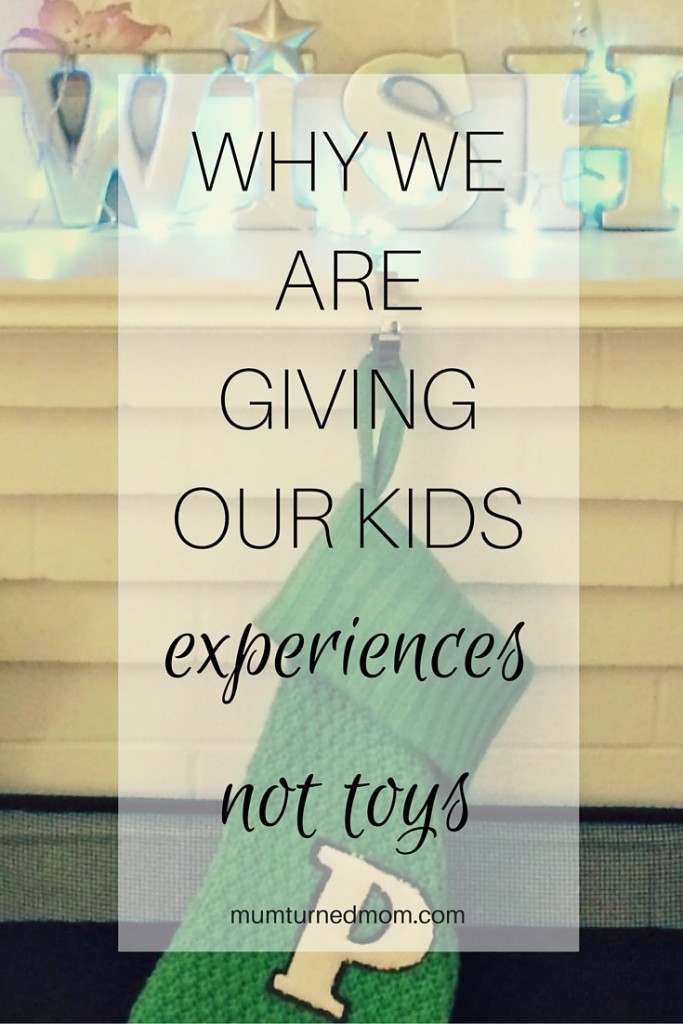 A house full of toys

When we moved from the UK to the US we brought all the kids toys. It was very important to us that they felt at home, and surrounding them with familiar objects was a simple way to achieve that in those first few weeks of strangeness.

Some of those toys stayed in the boxes.

Some of those toys are still in boxes, despite having moved house again in the meantime.

And, with three years of Christmases and birthdays added into the mix, the children have more toys than they can play with.

Too much is overwhelming

When our kids focus on a particular toy or activity the engagement is a joy to watch.

They play together. They play imaginatively and inclusively. They play for hours.

When presented with all the toys, they flit and bicker and get frustrated.

As their parents I know that it’s up to us to help them learn to play independently. To guide them in developing their social and sharing skills. To encourage imagination and creativity.

But, when they have too many options, our kids get overwhelmed.

They say they have nothing to do, that they’re bored, that they don’t know what to play with. They pull things out, then more things, then move on to the next thing.

And, they have become careless, leaving toys to get broken or lost.

We try very hard to instill a sense of value in our children. They understand that things cost money. We encourage them to save up Christmas and birthday money and buy things that they really want; to be patient and not seek instant returns.

When writing their letters to Santa we ask them to think carefully about what they want, and why.

We have always been so proud to see them write their final letters asking for just a few special gifts. From a Skylanders game to a blue car, a Lego set to a pink teddy; each request has always been considered carefully.

And, we always buy them the toys they have asked for from Santa; seeing their faces on Christmas morning is priceless.

There is a danger that the pleasure in those gifts can be swamped by the number of other parcels to open.

The gift of time

Two years ago we made the decision to limit the number of Christmas presents they received and instead of adding to the pile, my husband and I gave the children Boss for the Day vouchers.

An experience, not a toy.

This year we will be doing the same.

While Santa may give them the sought after toy, we will be giving them something just as special.

We love seeing them enjoy a new toy or game, whether playing together or completely absorbed in their own world.

But, we enjoy spending time with them even more.

Christmas is such a special and magical day and our kids will have presents to open; from Santa, family and friends. They will each have their stockings; filled with treats and books and games.

But, we want them to value the gifts they receive, to enjoy each and every present they open and for the joy of Christmas to extend well beyond the end of Boxing Day.

So, our gifts to them will be season passes and museum memberships; weekends away and day trips. And, each of them will get a set of Boss for the Day vouchers, allowing them to choose how we spend time as a family.

And, while it could be argued that these kind of gifts should be a given (and we would get them for the children anyway), there is value in our kids knowing that these activities have meaning. That we choose to make time and spend time together.

That we value our time with them above all other gifts.

Sharing this post with SHINE blog hop and The Truth About.