Spring arrived with a covering of snow. We woke on Monday to a good covering of the white stuff and a two hour delay to the start of school.

It continued snowing until mid-morning and by the time the kids got home from school they were itching to get out and build something.

While the 6yo began the construction of a snow fort, his sister built a little snowman. The only help from mummy was to lift the three balls into a stack :) She was so proud of herself, and her snowman!

While she was doing this, her brother was busy building a fort.

He needed big snowballs and I have to say, they are heavy to push so I stepped in and rolled the balls for him. I was told exactly where to put them, and I wasn’t allowed to stop until he had enough! As I rolled, he filled in the walls between the snowballs…

He and his sister got comfy inside the fort, and of course, it couldn’t be without fortifications… As the day got colder I grabbed a last couple of shots of the fort, knowing that it was likely to be gone within a day. 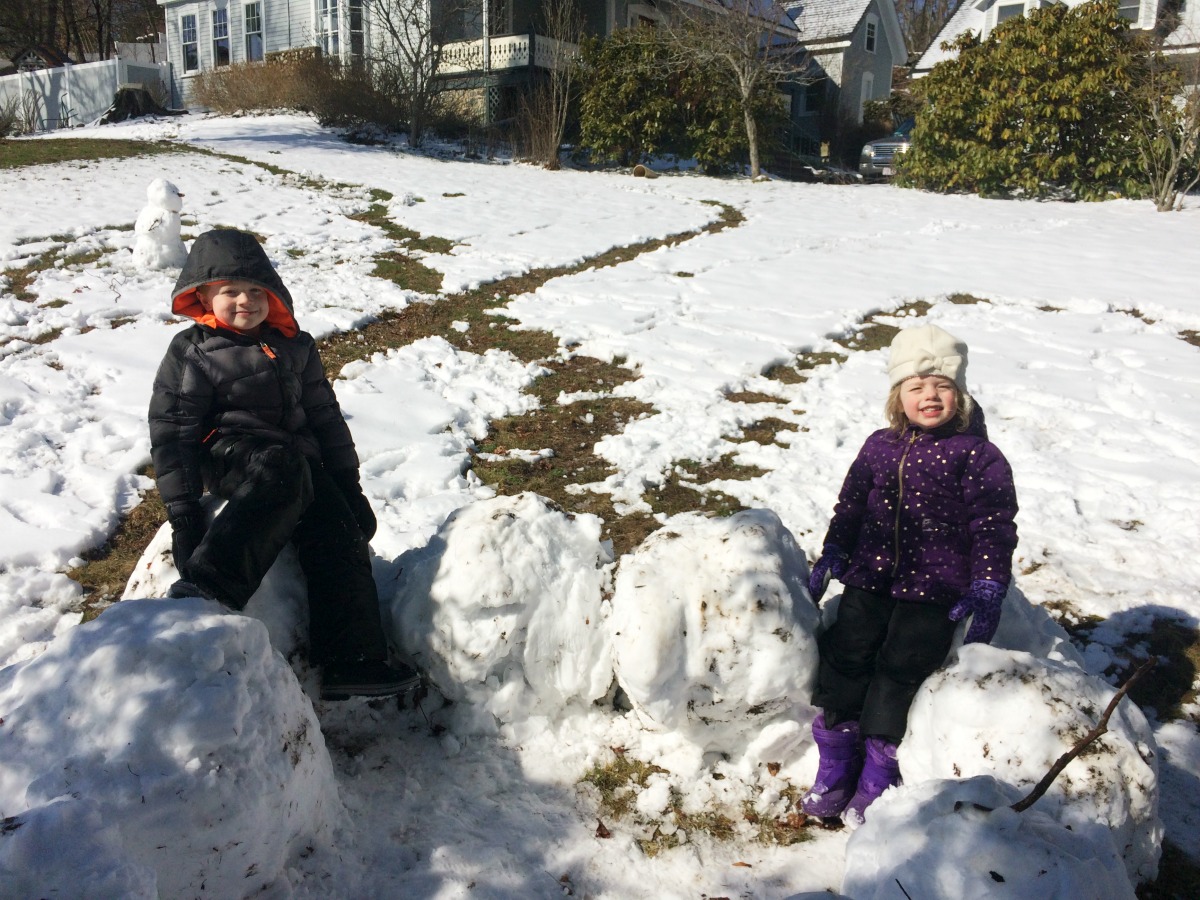 As it happens, it hung on, like a snowy Stonehenge, for a couple of days. Those snowballs were big!