Yesterday it snowed. All day. It started with the lightest of flakes, covering the ground in a sparkly blanket. Then it got heavier.

Schools were closed, a parking ban was in place, as was a travel advisory. As the day wore on, the winter storm warning was upgraded to a blizzard warning. The houses across the street became shrouded in grey, almost invisible in the snow storm. The plows were out in force, the only noise in an otherwise muffled, white world.

It finally stopped in the evening, with more than a foot of snow on the ground.

We woke to one of those perfect sunny-after-the-storm, blue sky days. The morning light across the snow was beautiful.

But, goodness, it was cold! Well below freezing all day!

We had our second Snow Day to fill though, and as the snow had finally stopped falling the kids were desperate to get outside. As was I, even if just for fifteen minutes before fingers and noses froze.

In the morning the wee girl and her older brother braved the cold, attempting to clear one of the cars of snow. Their dad having only had time to dig one out before heading into the office! It was going well until a mini avalanche threatened to bury the wee girl.

So, she decided to venture out into the front garden instead.

And her big brother? well, he had a rest!

Two rather cold and wet children then came in for hot chocolate :)

Later in the afternoon, the wee girl wanted to go out again and this time her other brother joined her. They headed out into the back garden and spent almost an hour playing. Sliding, digging, crawling, snow painting. I don’t how they lasted that long, as the sun was going down by this point and it was FREEZING. 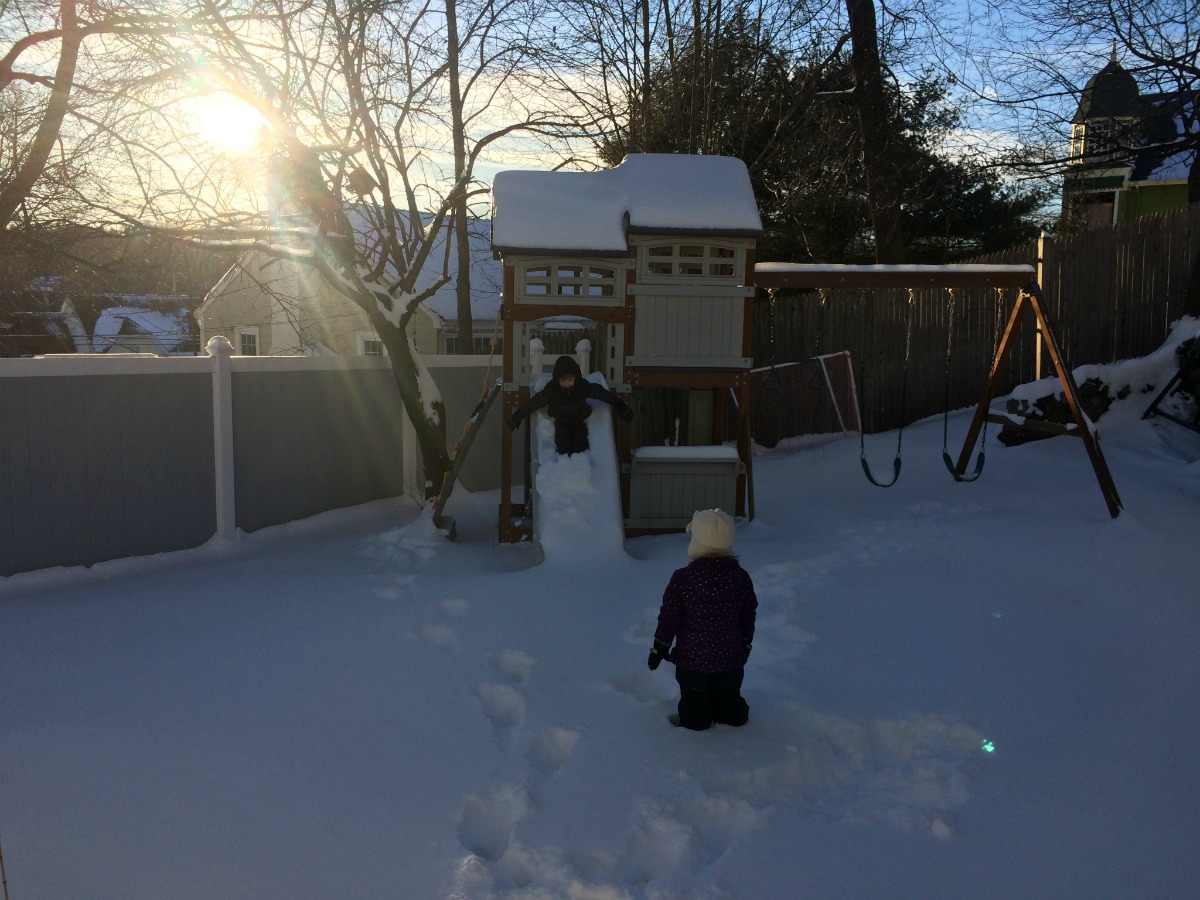 They loved every minute of it though.

It looks like it’s going to snow again tonight, but only a few inches, with another storm following on Sunday evening into Monday which could mean another foot of snow. Having had such a mild winter, we appear to be getting all the snow at once!

So, look out for more snowy photos to come!