April brought showers for us, but they were of the snow variety. Actually, it was more than showers. We got several inches of snow at the beginning of the month!

As the snow has come and gone this year, rather than lingering as it did last year, we haven’t managed quite as many activities in the snow. And, we hadn’t had a chance to snow paint.

This is my daughters favourite thing to do in the snow, and as soon as the snow started this time she asked if we could paint.

So, after a day at school, while the snow continued to fall, painting is exactly what we did.

Not what I had been expecting to do find myself doing in April. 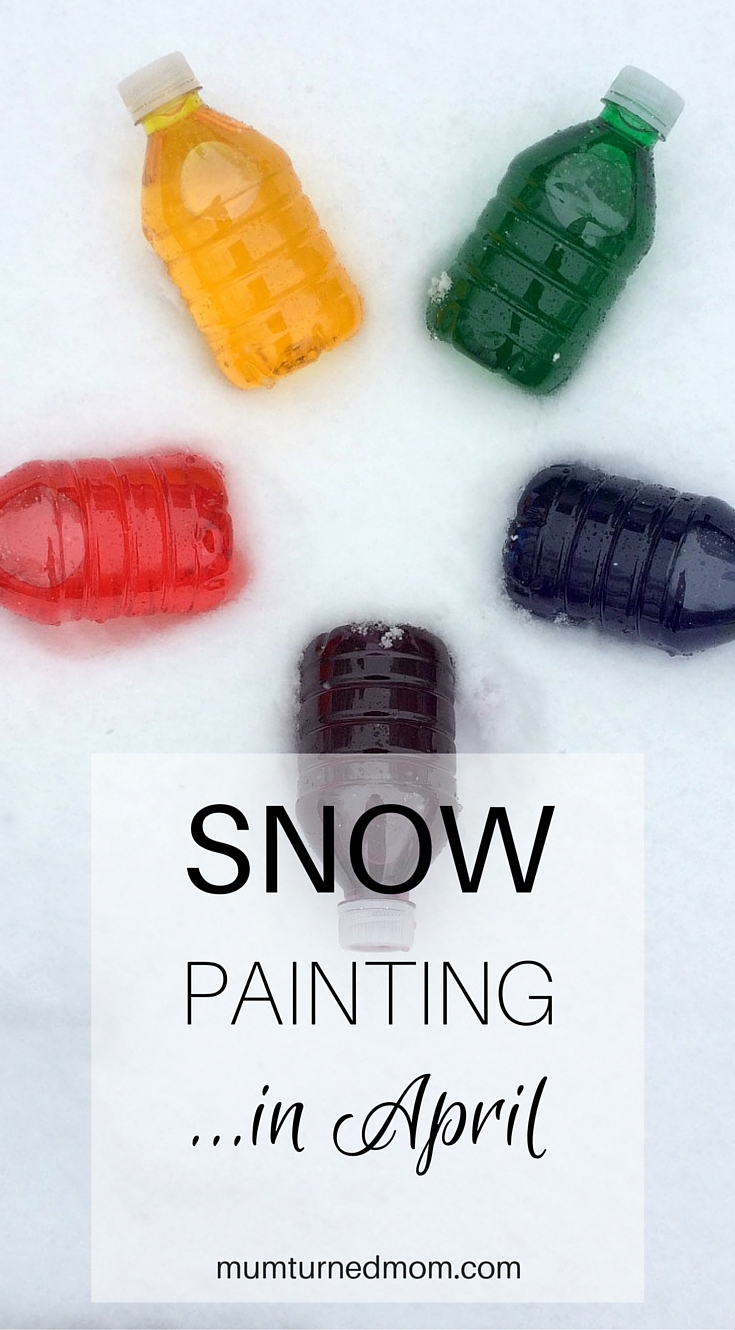 The wee girl was thrilled. As soon as we got home from school we organized the ‘paint’.

All you need are small water bottles and food colouring. I added a few drops of food colouring to each bottle and then made a small hole in the top of each lid. Simple as that!

Then, spray patterns in the snow. And yes, we did end up with some yellow snow :)

After the wee girl and I had been out in the snow for a while, the 7yo came and joined us. This is an activity that he enjoys too. 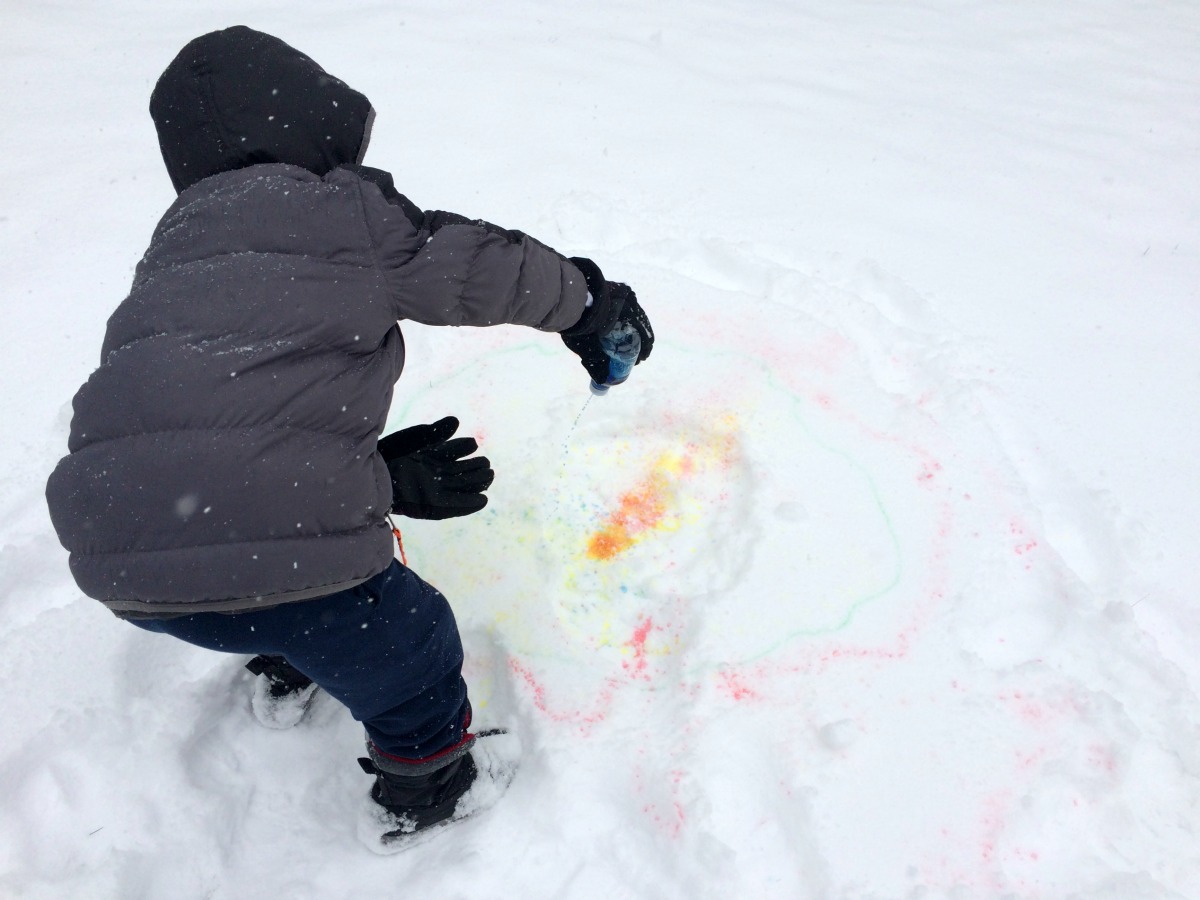 All the while, the snow was still falling and I have to admit that I would have loved to go back inside. But, the pair of them were having such a good time I couldn’t bring myself to bring the fun to an end. Watching them dancing around, spraying coloured water everywhere, was wonderful. Even if I was cold and very wet!

At last, we ran out of water and called it a day, running back inside to warm up and dry off.

The following day the sun shone, the snow began to melt, and all three kids had a last go at painting.

What a difference a day makes!

I’m hoping this will the last time we play in the snow this year, but I’m glad that we had this last, somewhat unexpected, opportunity to have some fun in the snow.

And, as a bonus, I managed to make another batch of snow ice cream :)