It’s often the simplest things that provide hours of entertainment and this easy colour mixing activity, with added glitter, is one of them!

Over the summer, and even into early autumn, we’ve been making potions in the garden. Although we’ve now moved this activity into the bath (minus the glitter!) – as temperatures have dropped a bit too much to get this wet while playing outside! – it’s still a favourite.

My daughter has always loved playing with water, whether at her water table or a sink of soapy, bubbly water. She can spend hours pouring water, mixing colours and creating potions. Mud often features, but I think I prefer the glitter!

We hadn’t used the tuff spot for ages, but it came out of retirement over the summer and was well used as a potion creating station.

Each time, different colours were requested. A few drops of food colouring in a cup of water and we’d be good to go. Every time we ended up with a dark, murky potion, at which point glitter would be demanded!

We often do colour mixing activities, whether with paint or food colouring, and it’s a great way to teach kids their primary and secondary colours.

They never do believe that mixing more than two colours will eventually result in a murky brown though :)

Making potions with coloured water is super simple, and a lot of fun. A great summer, or winter (depending on your attitude to messy play indoors!) activity.

All you need is cups/tubs/jugs, water, food colouring, spoons. And a change of clothes :) 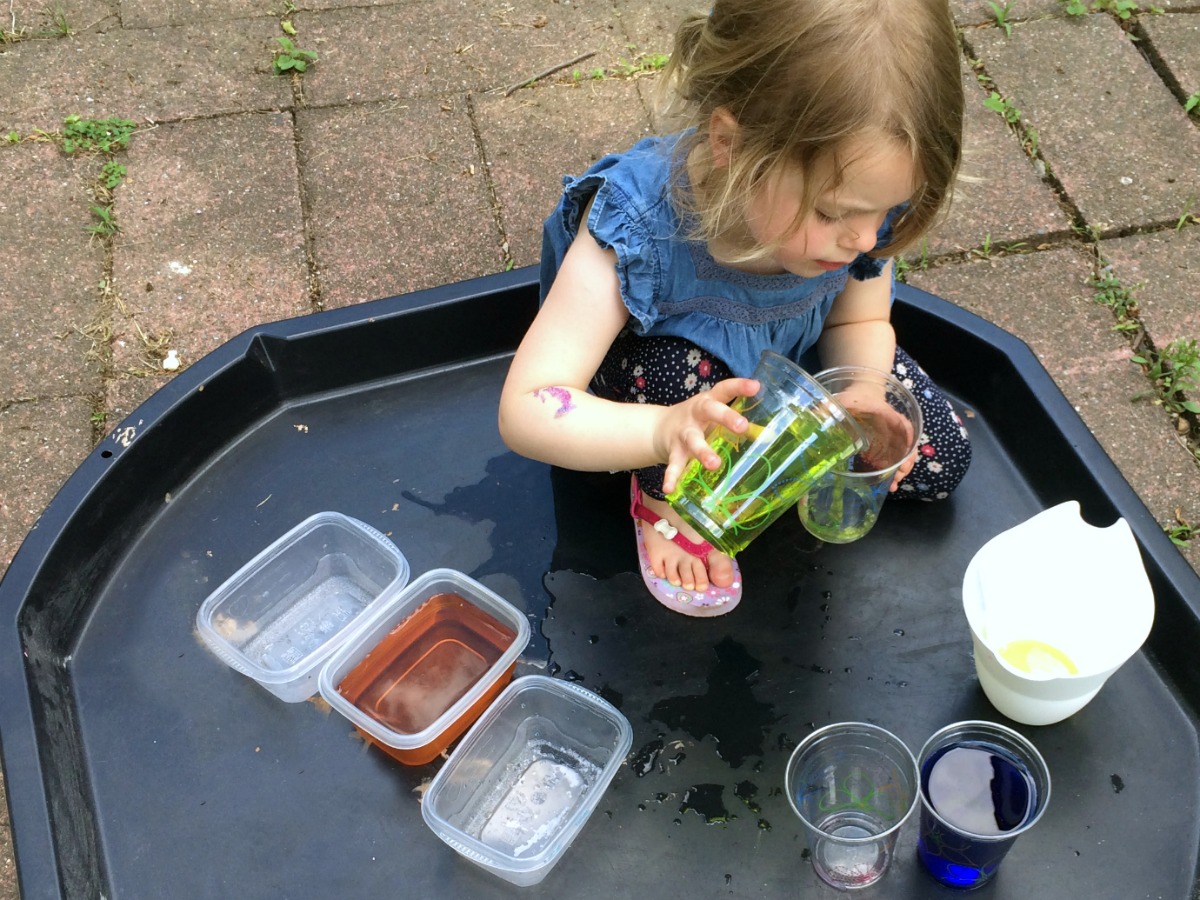 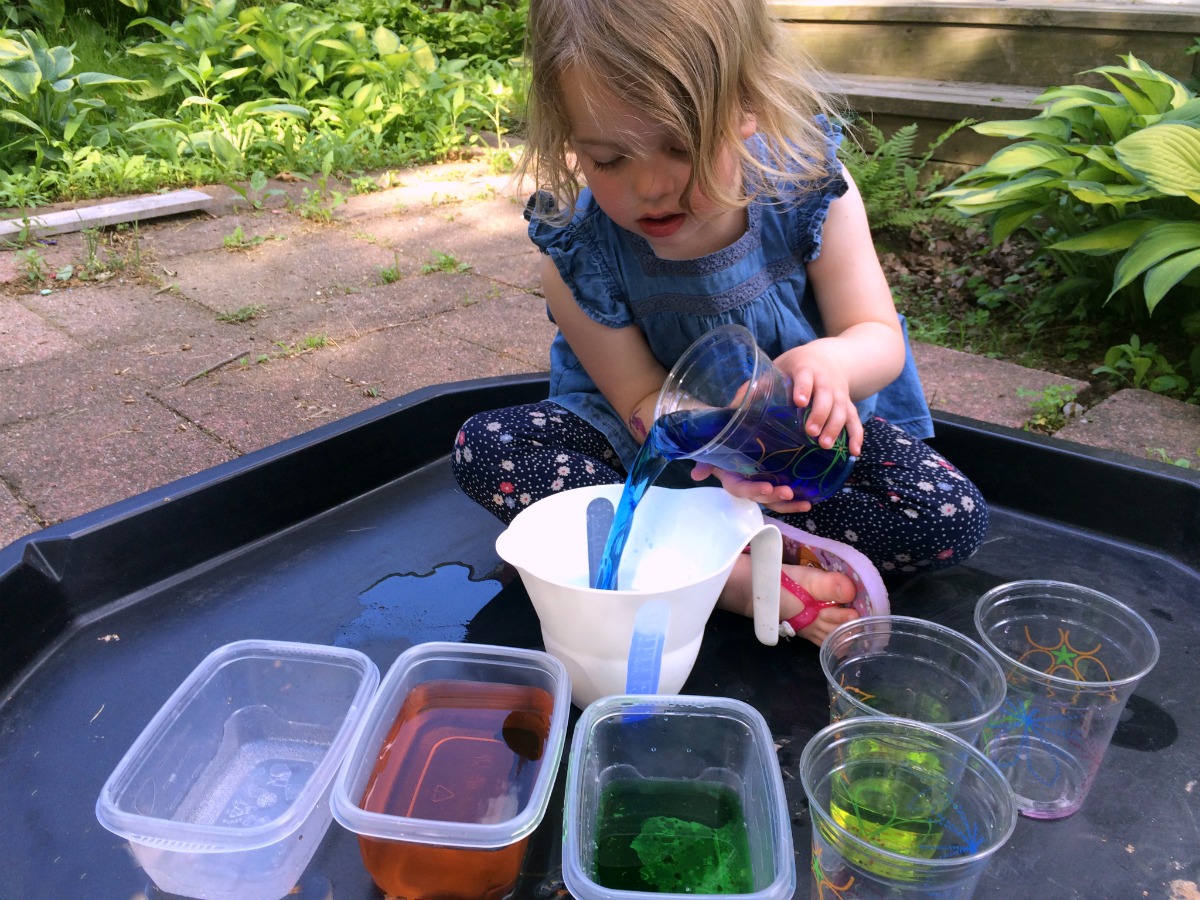 And adding glitter, well, that takes the potions to a whole new level!

We had a lot of adventures over the summer, but sometimes all you need is some water and lots of imagination.