After what felt like the quickest Christmas break ever, we only had two days back at school before we had our first two snow days of the year, and a bonus long weekend!

And what a storm it was. With headlines telling of the impending bomb cyclone, we were prepared for A LOT of snow. For those who, like me, had never heard of a bomb cyclone: it happens when there is a large drop in pressure within a 24 hour period, and brings with it extreme weather conditions.

In our case that was a foot and a half of snow and brutally cold temperatures. There was massive flooding along the coast, with some of the most incredible photographs and videos of the destruction. The cars stuck in frozen rivers of slush made me feel very lucky not to live near the sea. Have a search for Storm Grayson if you’re interested!

The calm of the day before belied what was to come, but we got ourselves prepared (the empty shelves in the supermarket were hilarious) and hunkered down for the storm. 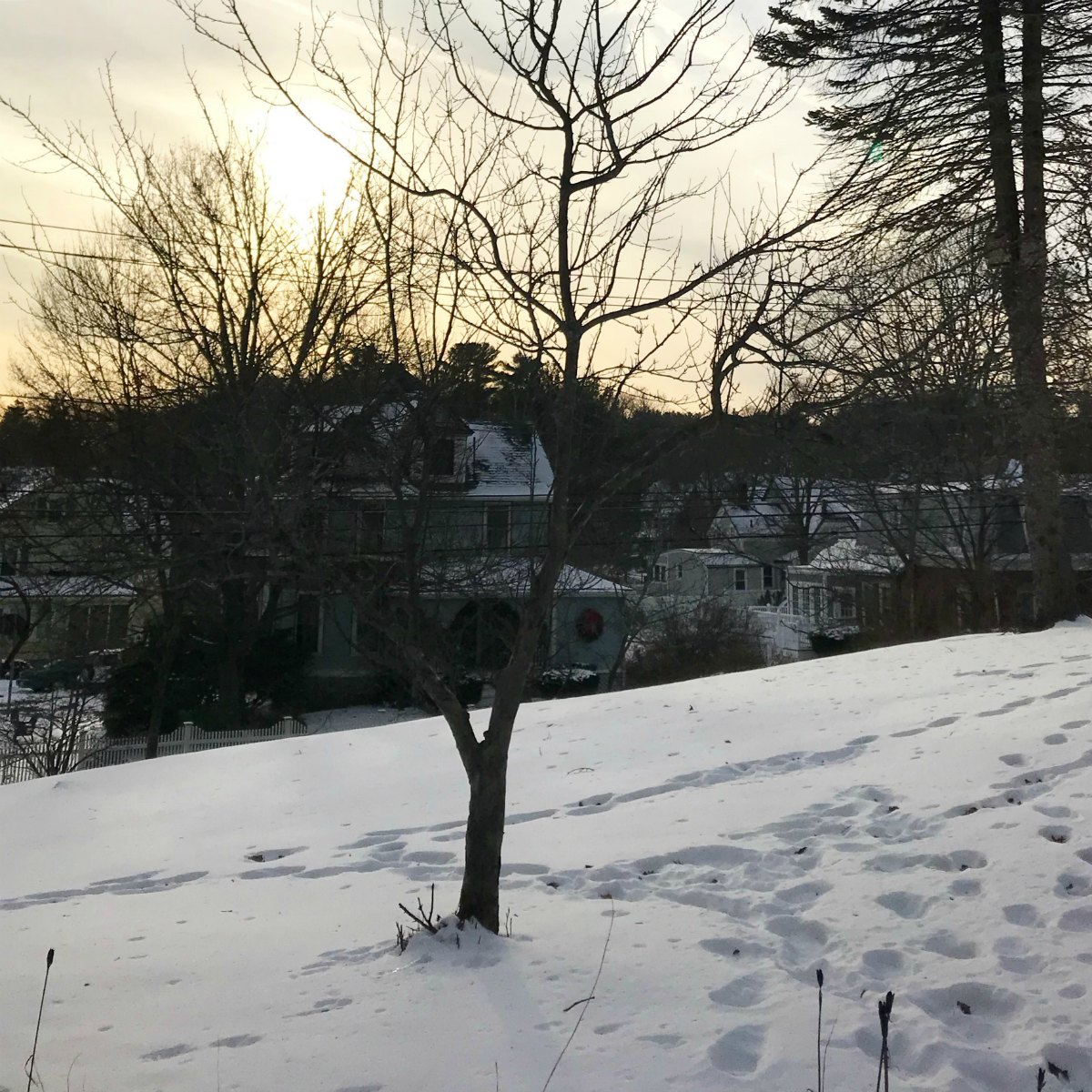 The storm itself was impressive and it snowed for most of the day. Beginning the process of digging us out wasn’t much fun, but making snow ice cream was.

After the snow stopped, it looked beautiful, but there was a lot of work to be done. The extremely cold temperatures meant that the snow needed to be cleared before it froze over night and became far more difficult to deal with. With our driveway, a snow blower is a must!

The next day, my daughter could not wait to get out in it! The snow was very icy by the morning, so snowmen were out, but snow painting was perfect.

It’s hard to imagine that much snow, but it’s so beautiful against the blue skies, and the icicles (while lethal, to our roof and us!) are so pretty. I still laugh when I see the piles at the side of the roads, and the trenches dug to clear sidewalks! I’m very grateful that my husband was here for this storm (he has a habit of being away during snowstorms), as I wouldn’t have fancied digging out the pavement in front of our house after this particular storm!

The snow stuck around for the rest of the weekend, so there was plenty more fun to be had. Digging and sledding and painting. So much fun!

That face says it all!

A good snapshot keeps a moment from running away.
Eudora Welty

I began writing ‘Snapshots’ posts last summer, when my days were too busy having fun with my kids to spend time writing about the fun we were having. They are a way for me to record the moments, but not feel obliged to write War and Peace. Simply capture the days as they happen. No SEO, no pinnable images, no stress. So, I’m going to continue to write them, and keep those moments from running away.