Easter weekend wouldn’t be the same without an egg hunt. In fact, the wee girl had been asking when we were having ours all week!

So, come Sunday morning, eggs were scattered around the garden and we braved the dull, cold morning. Not that you’d think it was cold looking at the kids, but I was wrapped up in a big coat and fluffy boots :)

The 9yo now joins in with these things to help the other two out. He kept an eye on who was getting what, and then made sure that there was an even distribution of candy, bless him.

Most of the photos I took are a blur of motion as the 6yo and the wee girl ran around. Squeals from the wee girl letting us know when she’d spotted an egg. 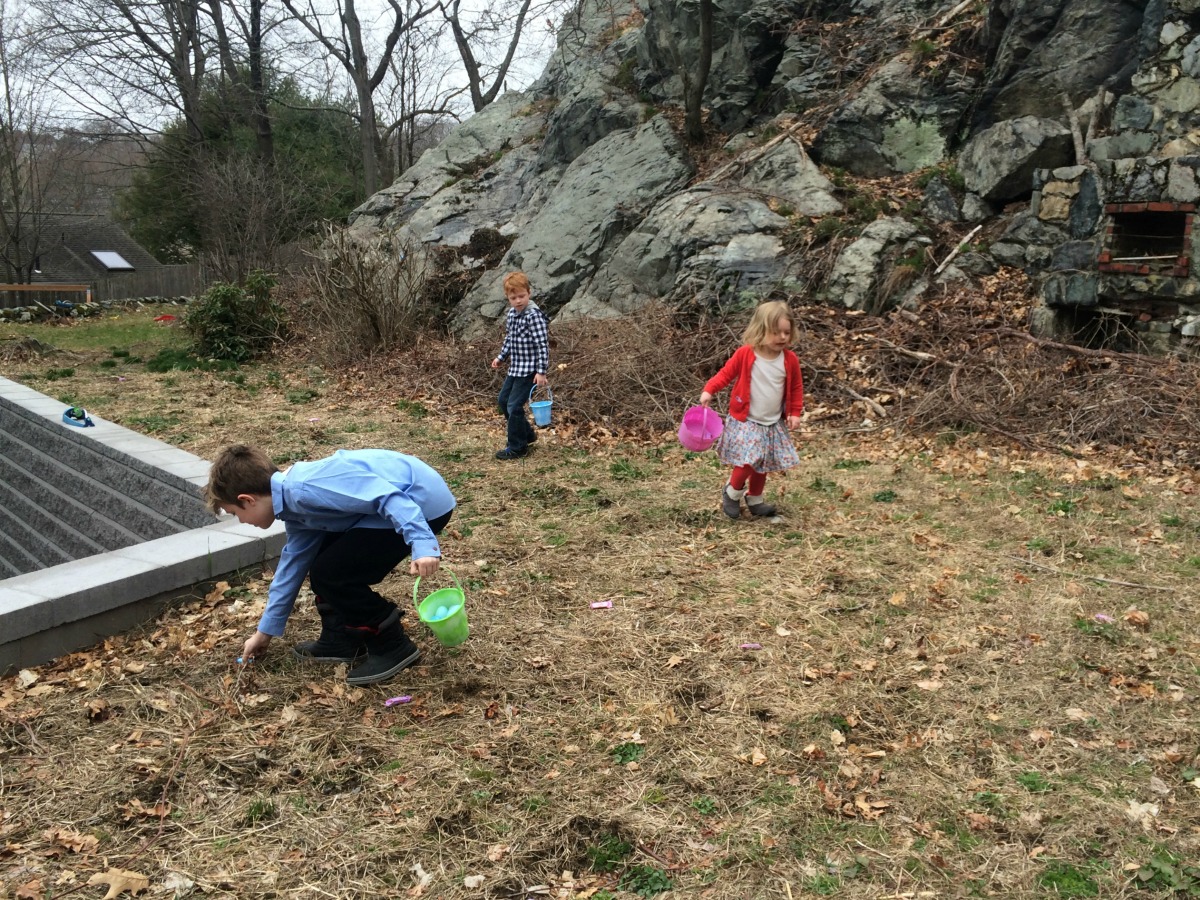 Some eggs were easier to find than others :)

It really was the wee girl’s morning though. Her face! She had a blast and declared it the best Easter ever.