Last year, for our first Christmas away from home, I convinced myself that we didn’t miss mince pies. I decided I’d never been a huge fan, and my husband hadn’t mentioned them, so we didn’t miss them. The only way we could have some at Christmas was to make them, and I certainly wasn’t doing that.

Fast forward a year, and I admitted to myself that, actually, they really are an essential part of Christmas and surely I could make some easy vegetarian mince pies that the whole family could enjoy. 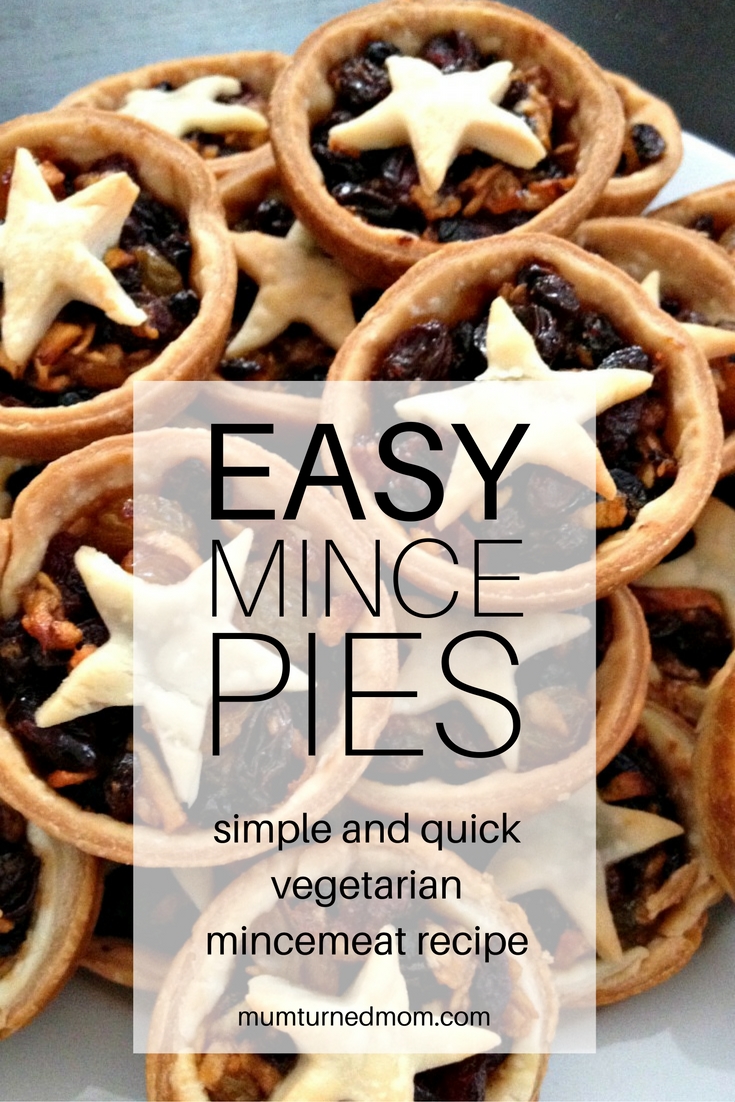 During November I saw several posts about homemade mincemeat and, aside from having to find all the ingredients, it looked relatively easy. And, more importantly, flexible.

So, I started a trawl through lots of different recipes – in particular vegetarian, alcohol free, recipes. In essence they were all the same, there were slight variations on the fruits used and the proportions, and some used nuts, but to all intents and purposes they were similar enough to be interchangeable – certainly at my level of baking and ‘taste’!

In terms of the mincemeat, I had to go with what I could find, so I simply made up the total weight with a bit of this and a bit of that, it wasn’t very exact… I couldn’t find vegetable suet, so I found a recipe that used butter and took the basic proportions of fruit to other ingredients from that recipe. It was a very inexact process in the end :)

Put all the ingredients into a large bowl, mix and soak overnight, covered with a clean cloth. Mix thoroughly and re-cover with a clean tea towel and leave to stand for 24 hours giving the mixture a good stir each time you pass by. If storing/gifting you can then pack the mincemeat into sterilised jars, and top with greaseproof paper jam covers, seal tightly and store in a cool place.

However, I made pies straight away!

I used ready-to-roll pastry for the pie cases (for speed/out of laziness!) and I used a circular cookie cutter to cut the pastry and then line a muffin tin. Don’t worry if the pastry doesn’t come all the way to the top of the tin and, if I hadn’t had a cookie cutter that was the right size, I would have simply found a glass that was! Fill the pies cases about 2/3 full and then top. I chose to top my pies with a star, as this meant I didn’t have to find an exact cutter size…

The above amount of mincemeat comfortably made 36 pies, using a standard muffin tin. 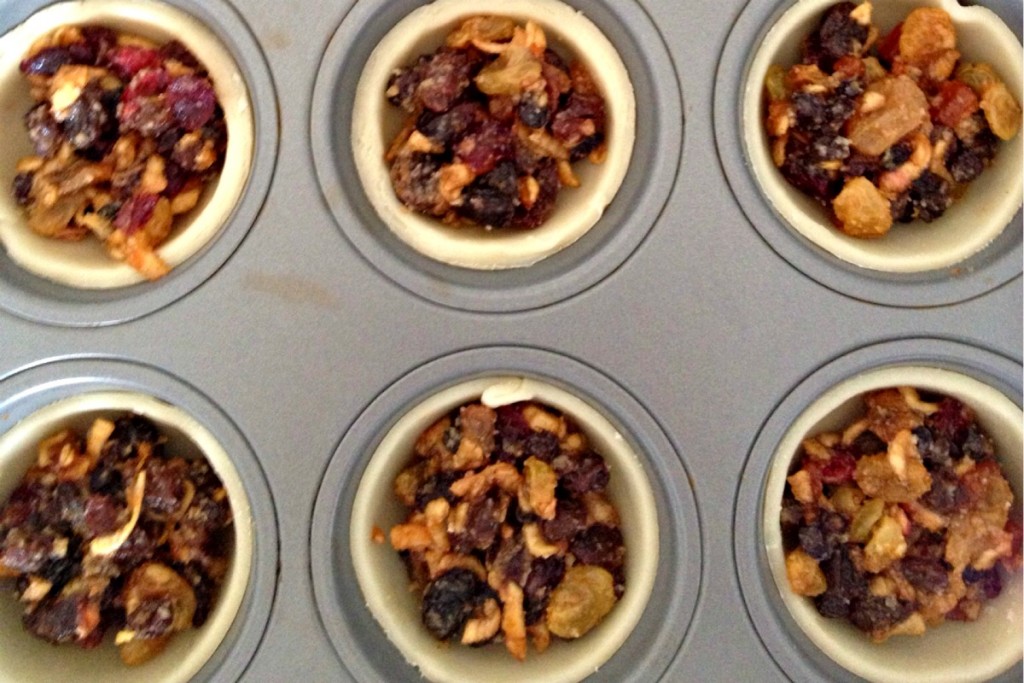 I would have liked to use some candied peel and glacé cherries, but I didn’t manage to find either of those. And, had I had any brandy, I might have made up half the mix with that rather than orange juice :)

For all that I did a large amount of making it up as I went along, they tasted like proper mince pies. I served them at our New Years Day party, and my fellow expats were absolutely thrilled to see mince pies; they were a huge hit. Next year I will be making up batches of mincemeat in advance and giving people jars of it!

And, who says mince pies can only be eaten at Christmas?!

Sharing this post with Thimble and Twig and The Ladybirds’ Adventures.